Have you ever read the word Bhang and wondered if somebody made a typo? Well, as you’ll discover today, this ancient cannabis extract product is indeed spelled Bhang. We’ll learn about religious Hindu festivals, lord Shiva, an influential British report, and using marijuana to make magical milk products out of leaves and ground bud. 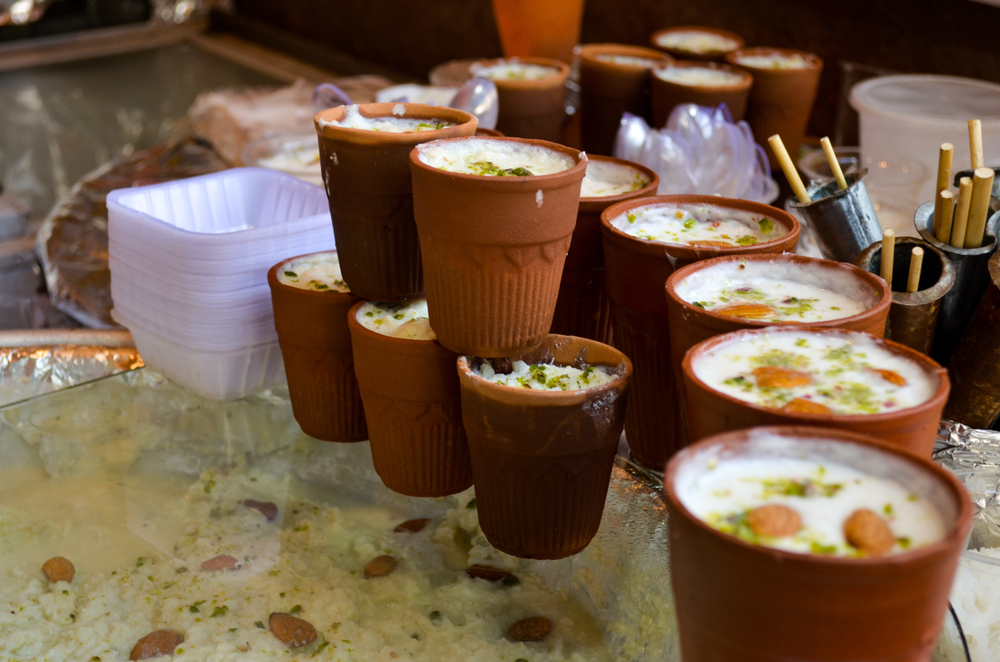 Cannabis is one of the most sacred plants on earth by many cultures, India included. As a significant part of Indian culture, bhang is believed to be a divine drink. One that helps people speak with the gods and remedies many ailments. We’ll discover more about these facts below.

Bhang is a medicated drink made from the flowers, stalks, and leaves of the cannabis plant and is a slang term to describe an infused beverage made. Bhang is a standard part of traditional Hindu festivals, such as Holi and Shivratri. One could imagine the additional joy that getting good and high would add to any religious festival. With such a long history of using cannabis in India, one can see how they figured out the importance of using milk to extract cannabinoids from cannabis.

Bhang is considered to be the least potent of the commonly consumed cannabis products in India. Ganja is the term used to describe what we would call bud or dried flower. Charas is created out of female cannabis plant resin, akin to hash.

Bhang is made from plant material that could be considered to be trim. It is incredibly common to use the plant’s lower-potency parts to extract and create infused edibles and beverages.

According to some religious texts, even the lord Shiva drank Bhang!

The History of Bhang 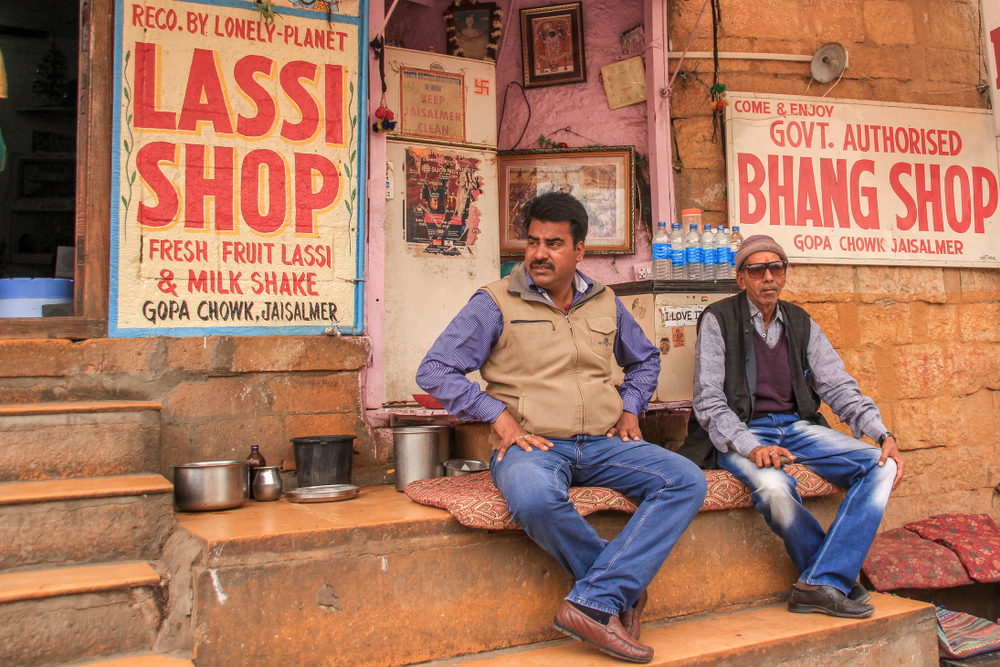 India is known to be one of the first cultures to take advantage of what cannabis offers. The religions and cultures became ingrained with Bhang in numerous ways, as we’ll discover below. But first, we have to start with the introduction of Indian hemp to the world through the Indian Hemp Drugs Commission.

The Indian Hemp Drugs Commission report was released in 1896. This British government-sponsored study involves travel to India’s country to survey locals using these drinks and more. The government report produced a variety of informative conclusions that were ahead of its time. Sadly, it was largely ignored and did not lead to positive changes in cannabis regulation.

The report did give us a view inside the use of ganja in the culture of the country that is now India. The Indian hemp drugs commission labelled Bhang as the poor’s man narcotic. These India Bhang drinks were popular among those of the lower class, partly due to the recipe’s cheap and accessible nature. 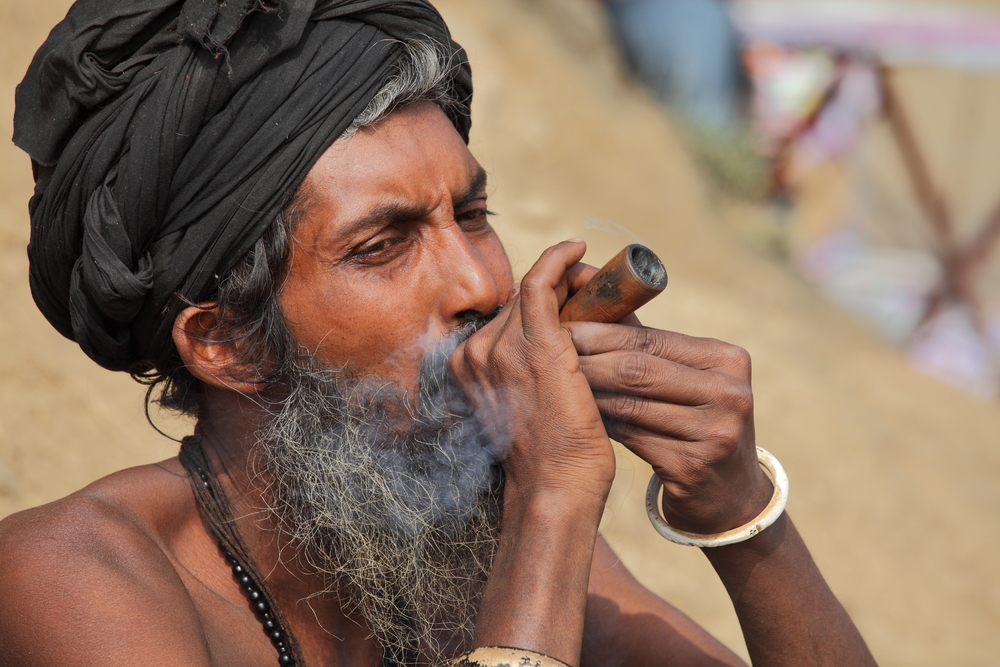 Bhang was one of the common forms of cannabis in Indian culture, along with ganja and charas. The commission found that excessive ganja use led to psychosis, but this event was rare. Furthermore, most cannabis uses did not cause harm.

The insightful report suggested that a lack of cannabis regulation would lead to the creation of a black market and increased use of alcohol and other stimulants and narcotics.

Finally, another accurate prediction made was the harm to the use of medical cannabis that would result from the prohibition of cannabis. Sadly, the British government did not like hemp, and so they forbid or even seriously punished people for it. This attitude led to reduced usage among the lower classes, while the upper classes may have avoided being significantly punished.

Bhang was incredibly widespread at the time of this report, but it started centuries earlier. More broadly, Bhang and cannabis were used in India for recreational, medicinal, and spiritual purposes.

It has been used in India for four thousand years or so. The use of Bhang is particularly relevant to Hinduism. The god of transformation, Shiva, is said to have used Bhang to focus inward and enhance divine powers.

Cannabis is viewed as one of the five most sacred plants. Vedic rituals utilized burnt cannabis stems from overcoming evil forces and enemies. Vedas referred to cannabis as a source of happiness, a joy giver, and a liberator. For years, festivals were filled with consumption of Bhang and thandai on these holy days.

The earliest known written reference to Bhang appears in the Atharva Veda, dating back to 2000-1400 BC. The use of this beverage and the cannabis plant itself may have gone even further back in India’s parts. If we were to search for an earlier sign, we would likely be able to find it. But time will tell, and the news will let you know.

The Benefits of Bhang

Bhang has been associated with health benefits throughout the world. It is used for medical and recreational consumption purposes. Shiva was believed to be one of the first to consume bhang products in Hindu history.

Whether for medical use or as part of festivals, Bhang’s consumption has been widespread for years, for good reason.

According to Indian lore, Bhang can be used to cure or treat:

The benefits of Bhang depend on the user and the reasons behind why they consume bhang. Ayurvedic and Tibbi rituals incorporated Bhang in the treatment of malaria and rheumatism.

Every day, citizens were also likely to use Bhang as a cure for boredom and fatigue. Warriors were known to drink Bhang as a way to steel their nerves. Finally, newlyweds used it to enhance carnal experiences.

How is Bhang Made?

Bhang is a drink made by combining milk or yogurt with spices and marijuana paste. This paste is made from the dried leaves, flowers, seeds, and stems of the cannabis plant; whether wild or cultivated, both male and female plants were used to create bhang.

The cannabis paste is then mixed with ingredients including sugar, black pepper, and water or milk. Other spices that can be added include garam masala, fennel, rosewater, ginger, anise, and cardamom. If you’d like to get extra fancy, you can garnish it with rose petals, mint leaves, or chopped almonds and pistachios.

The cannabis paste is steeped in hot water and then strained, and the process is repeated with warm milk. The additional solid ingredients are ground to a paste and added to the milk.

Finally, the liquid ingredients and the steeped water from earlier are combined and mixed well.  Honey, syrup, or sugar can be used to sweeten up the Bhang to taste.

One incredibly tasty variety is called Bhang Lassi, and it uses two essential ingredients – grenadine and coconut milk. This new recipe is a great way to make a dairy-free version for you to enjoy. Thandai is another alternative made using Bhang or Charas to make a deliciously sweet mixture of nuts and sugar.

Recipe: How to Make Bhang Thandai in 20 Minutes!

Step 1:  Add all your cannabis into the bowl. Then, add only 1 tablespoon of pistachios, almonds slices and poppy seeds to the same bowl. Lastly, add 1 tablespoon of water.

Step 2:  Mix the bowl with a spoon until the mixture is paste-like, and then put the bowl to the side.

Step 3:  Take your blender, and add 1 cup of milk, 1 cup of sugar, ¼ tablespoon of cardamom powder and your cannabis mixture, one at a time.

Step 5: Then, strain the blended mixture, filtering out most of the plant matter and let it chill. Another option is to place the strained liquid in the fridge/freezer.

Step 6: After the chill period, you can now pour the shake into a cup and sprinkle your garnishes on top, such as the extra almond slices and poppy seeds.

Can You Smoke Bhang?

No, you cannot smoke this medicinal mixture. As a liquid beverage, it is meant to be ingested and not smoked or burnt. It is consumed as a drink, not smoked like the leaves and flowers of the cannabis plant.

Most people likely could answer this question for themselves once they know what Bhang products are!

Is Bhang Legal in the USA?

The short answer is that it depends on your state. If you live somewhere where you can grow or purchase cannabis legally, you can also make Bhang from it. As far as we can tell, no companies are selling this product, and so it remains that you must make it yourself if you want to enjoy this creamy and potent beverage.

The situation is similar to elsewhere in the world. If you’d like to experience the health benefits of Bhang consumption for yourself, you’ll likely have to use some leaves and flowers to make India bhang yourself. You can become your lord of Bhang. If you can’t drink milk, search for some well-known alternative products to create your version of India Bhang.

How Long Does the Effect of Bhang Last?

The effects of bhang are said to occur a bit more rapidly than common edibles. This may be due to the liquid and high-fat nature of this spiritual recipe.  Since the effects appear more quickly, they may also end earlier than regular marijuana edibles. That said, you can expect the impact to last anywhere from 2-5 hours with this ancient marijuana mixture.

How to Make Bhang in Hindsight

Since at least 2000 BC, cannabis has been celebrated in India, regarded as one of the 5 most sacred plants according to historical scriptures.

And one form it continues to be consumed in is through bhang, a paste-like ingredient made from ground cannabis leaves and buds that forms the basis for many treats and drinks.

With this article’s recipe of how to make bhang thandai, you’ll take part in a tradition almost as old as recorded history itself, but be sure to watch your dose because it’s essentially a marijuana edible.

Also, be sure to look out for more cannabis recipes, along with articles about its ancient, ancient use in human history.